Perera and Sons (P&S) in partnership with Gamer.LK announced the third edition of its Esports championships, the PUBG MOBILE P&S Series ‘22 and the P&S Free Fire Contenders ‘22 which features two of the most popular battle royale Esports gaming titles in Sri Lanka. Featuring a prize pool of Rs. 200,000, both championships are officially [...]

View(s):
Perera and Sons (P&S) in partnership with Gamer.LK announced the third edition of its Esports championships, the PUBG MOBILE P&S Series ‘22 and the P&S Free Fire Contenders ‘22 which features two of the most popular battle royale Esports gaming titles in Sri Lanka.

Featuring a prize pool of Rs. 200,000, both championships are officially endorsed by the Sri Lanka Esports Association and the results from the championships will contribute towards national player rankings. This opens up the opportunity for local Esports athletes to be eligible to make their way into the national Esports teams through their performance and ranking earned. 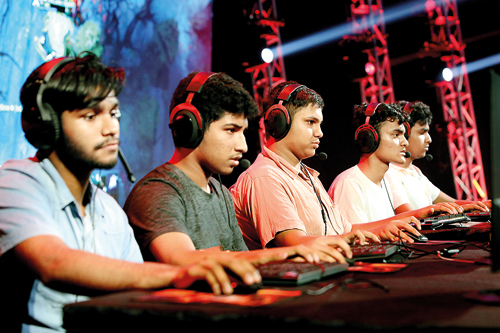 The PUBG MOBILE P&S Series is also licensed by the game’s developers, Tencent Games while the P&S Free Fire Contenders tournament has received licensing by the game developers, Garena.

Registrations are now open for both championships on the InGame Esports tournament platform and the tournaments will commence later this month. Anyone who registers for the championships will also be registered for the Perera and Sons’ ‘Family First’ loyalty programme which entitles its members to a range of exclusive benefits and privileges. The gaming and Esports community will also get to be a part of uplifting the lives of Sri Lankans through the Perera and Sons Manumehewara CSR initiative.

Esports is known as the fastest growing sport in the country and is an officially recognised sport in Sri Lanka by the Ministry of Sports. Esports athletes from Sri Lanka have represented their country at an international level and are looking to bring home a medal when they compete in Esports at the 19th Asian Games to be held in Hangzhou, China.

“Perera amd Sons has remained at the forefront of the quick service restaurant industry by continuing to innovate and evolve with its products and through its growth over the years it has brought generations of people together, positioning us as a trustworthy household brand. By partnering with Gamer.LK in 2019 we got an initial taste of Esports locally and how it brings people together as the future sport. We stand committed to supporting Esports in Sri Lanka as its athletes continue to improve and reach new milestones in taking Sri Lankan Esports to the world,” said Gihan Perera, the Managing Director of Perera and Sons.

Last year’s Perera and Sons Esports championships received a large amount of interest and online engagement, generating a massive social reach of over 2.5 million as fans and Esports enthusiasts rallied around the tournament.

“The beauty of Esports is that regardless of where they live, it allows players to connect remotely and compete with thousands of others across the country. The Perera and Sons Esports Championships have become annual events the community looks forward to as it provides the perfect platform for both veteran Esports athletes and budding amateur gamers across Sri Lanka to compete and hone their skills. We are thrilled to work with Perera and Sons in taking Esports to a mass audience and look forward to seeing new champions emerge from this year’s championships,” said Raveen Wijayatilake, CEO of Gamer.LK & InGame Esports.