Sri Lanka’s poor domestic cricket standard was once again exploited as the first two matches of the four-day National Super League (NSL) Tournament ended inside three days with winners registering easy innings wins. The results reflects the skills of the players as well as the quality of pitches being used in the country’s premier first [...] 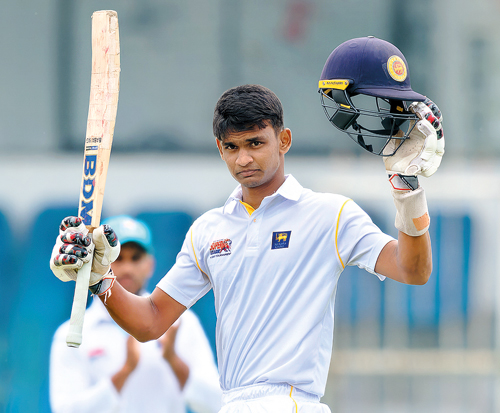 Ahan Wickramasinghe upon reaching his ton

The results reflects the skills of the players as well as the quality of pitches being used in the country’s premier first class tournament as team Kandy and team Galle walked home comfortably against their below par opponents — Colombo and Dambulla.

The NSL was introduced in a bid to bring context to the weak domestic cricket structure as calls for a revamping of the 26-team Major Club Tournament was growing from many quarters. They were calling for a reduction of the clubs to increase the quality of cricket.

Kandy, who amassed a first innings score of 567 for 9 on the back of a double ton from Oshada Fernando (201) and centuries from Sandun Weerakkody (144) and Ahan Wickremasinghe (107)–his second first class century, had their opponent Colombo in a spin, bowling them out for 214 and 72 runs to win by an innings and 279 run at the SSC. Seamer Nisala Tharaka was the pick of the bowler for Colombo as he claimed five wickets conceding 112 runs.

With a huge deficit of 351 to erase, Colombo was expected to put up a much better performance than in the first innings, but Lasith Embuldeniya, who picked up five wickets in the first innings added another five in the second innings, to bowl Colombo out for a low 72 runs. The left-arm spinner finished with a match bag of 10 for 86.

In the second game played between Galle and Dambulla, Galle blew off the Dambulla side with an inning and 70 run victory at the R, Premadasa Stadium in Colombo. Dambulla could only muster 155 and 114 in response to Galle’s 339, which came on the back of three half centuries from Angelo Mathews (82), Kavishka Anjula (69) and Ramesh Mendis (60). 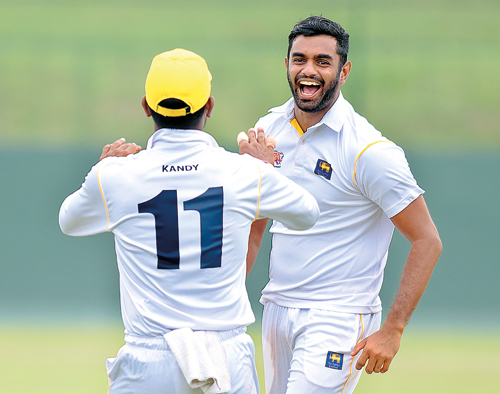