By Sandun Jayawardana Nominations for this year’s local council elections closed at noon yesterday, with many major political parties coming forward to contest in all or most of the country’s 25 districts. On January 4, the Election Commission called for nominations to elect 8,711 local council members to 340 local bodies comprising 24 Municipal Councils, [...]

Nominations for this year’s local council elections closed at noon yesterday, with many major political parties coming forward to contest in all or most of the country’s 25 districts.

The Supreme Court, however, issued an interim injunction suspending nominations for the Kalmunai Municipal Council. The suspension will remain till the conclusion of the hearing into the fundamental rights petitions filed over the matter.

The EPRLF, the TELO and the PLOTE are part of the Tamil National Alliance (TNA) but have chosen to break away during this election to contest as part of a separate alliance. The Ilankai Tamil Arasu Katchi (ITAK), the main constituent party of the TNA, meanwhile, has chosen to stand separately under its ‘house’ symbol. 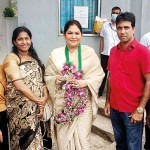 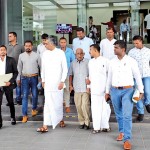 Champika Ranawaka: Breaking away from SJB Alliance for the local polls 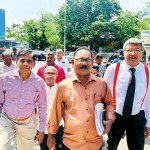 SLPP team for the Moratuwa contest 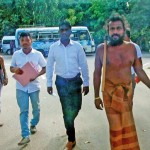 For the first time, representatives from Lanka’s indigenous people are contesting for the local polls. 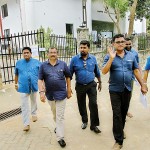 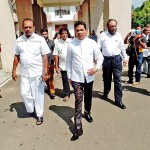 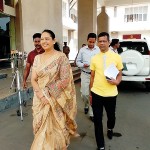 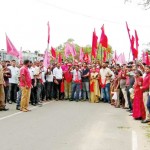 NPP supporters in a jubilant mood at the Puttalam District Office 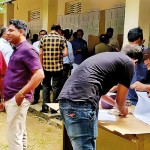 Candidates double checking the lists at the Puttalam Secretariat 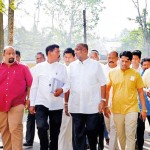 Minister Prasanna Ranatunga leading the campaign in the Gampaha district 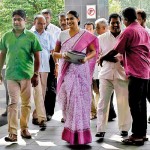 Meanwhile, many smaller political parties and independent groups are also contesting. Two members of the Adivasi community from Dambana have come forward for the Mahiyanganaya Pradeshiya Sabha. The two men are contesting from the National Democratic Front. The candidates, Uruwarige Mahinda and Uruwarige Indika, are both grandsons of Adivasi Chieftain Uruwarige Wannilaeththo.

One of the most high profile candidates at the upcoming election will be former SJB Colombo District MP Mujibur Rahuman, who resigned from his seat in Parliament on Friday to contest for the Colombo Municipal Council as mayoral candidate.

Mr Rahuman called on the Government not to delay the elections and to provide all necessary support to the Election Commission to conduct a free and fair poll. Opposition parties have alleged that the Government is attempting to postpone the poll through various means.

Many Ministers and current and former MPs from both the Government and the opposition were present during the handing over of nominations by their respective parties at District Secretariats throughout the country. There were no major incidents during or after the handing over of papers.

Meanwhile, the Criminal Investigation Department (CID) has launched a probe into complaints that two members of the Election Commission had received death threats. Police protection has also been given to the members who had been threatened, police said.