Lewis Capaldi secures fourth No 1 song Lewis Capaldi has secured his fourth No: 1 song in the UK with ‘Pointless’. The song took the honours after a close race with the previous incumbent ‘Escapism’ by RAYE featuring 070 Shake. The new chart topping song vaulted from 15 to the top of the singles chart. [...] 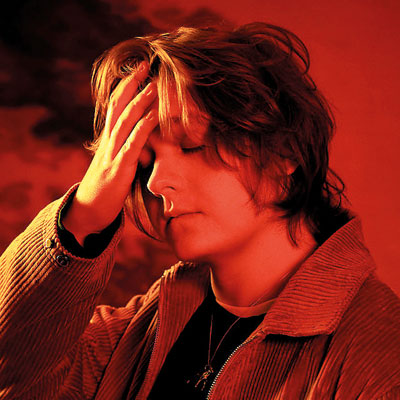 Lewis Capaldi has secured his fourth No: 1 song in the UK with ‘Pointless’. The song took the honours after a close race with the previous incumbent ‘Escapism’ by RAYE featuring 070 Shake.

The new chart topping song vaulted from 15 to the top of the singles chart. Released six weeks ago, the song began its chart journey at 20. However it took a tumble as Christmas songs dominated the chart. With the Season over, interest was galvanised it took a leap from 60 to 15 last week.

This week ‘Pointless’ vaulted 14 places to No: 1. As always Lewis strikes at the heart with song which he jointed penned with Ed Sheeran, Johnny McDaid and Steve Mac. The video portrays the bond between a single mother and son. ‘Pointless’ is the second track to roll of his forthcoming album ‘Broken By Desire To Be Heavenly Sent’. Capaldi’s previous chart topping song were ‘Someone You Love’ (2019), ‘Before You Go’ (2020) and ‘Forget Me (2022).

Gearing up for the BRIT Awards
A year after taking an unusual move in having non gender accolades, the BRIT Awards has been criticized in many sections for not having a single female in the nomination for category of Artist of The Year. The names vying for the award listed are Central Cee, Fred Again, George Ezra and Stormzy. The awards will get underway on February 11 at the London’s O2 Arena.

SZA’s current single ‘Kill Bill’ climbed a notch on the UK singles top 10 from 4 to No: 3. The R&B/ pop track is taken from her album ‘SOS’. The song is the fifth single from the album, but the first to enter the UK top 10. ‘Kill Bill’ is also US singer’s third overall UK top 10 hit in her career.  SZA’s actual name is Solana Rowe.

Ellie Goulding is collaborating with Clvin Harris on a new track
Ellie Goulding has announced she is collaborating with Calvin Harris on a new track. It is the third time the singer and DJ/ producer have recorded together. The news comes a few days after Ellie said the release of her fifth album ‘Higher Than Heaven’ will be delayed from 3rd February to 24th March. Meanwhile her latest single ‘Like A Saviour’ will be out soon. 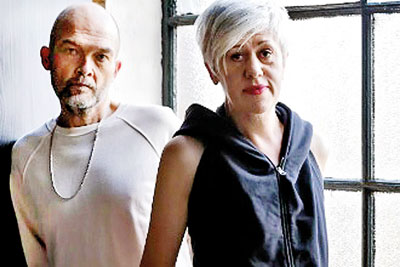 ‘Everything But The Girl’ make a comeback

After an absence of 24 years, the electronica duo Everything But The Girl are making a comeback. The 90s husband and wife duo who make up the group will release a new album titled ‘Fuse’ on 21st April. They have already release the single ‘Nothing Left To Lose’ as a precursor. At the height of their popularity EBTG had two major hit songs, ‘I Don’t Want To Talk About It’ in 1988 and Missing in 1995. Both songs peaked at the No: 3 position on the UK singles chart. The last album to be released by the duo comprising Tracey Thorn and Ben Watt, was ‘Temperamental’ back in 1999. 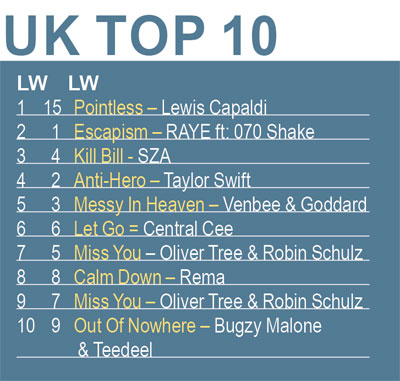