By Sadisha Saparamadu Amid complaints that the budget has not offered relief to the estate workers, their daily wage issue is yet to be resolved. Beside, the fertiliser crisis, the unbearable cost of living, and malnutrition are also impacting them. Leading trade unions are calling for solutions. The Nuwara Eliya District has the highest rate [...] 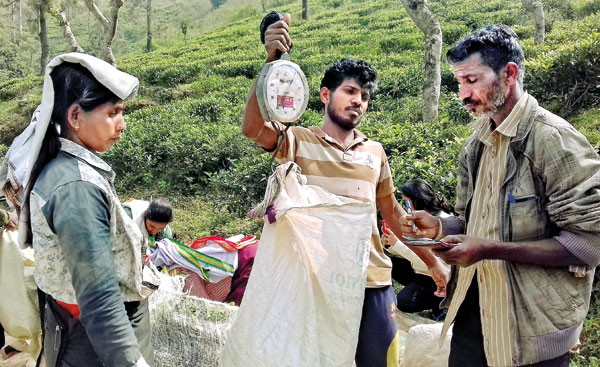 Amid complaints that the budget has not offered relief to the estate workers, their daily wage issue is yet to be resolved.

Beside, the fertiliser crisis, the unbearable cost of living, and malnutrition are also impacting them.

The Nuwara Eliya District has the highest rate of malnutrition in the country.

Representatives of the estate community told the Sunday Timesthat the Government should provide relief. 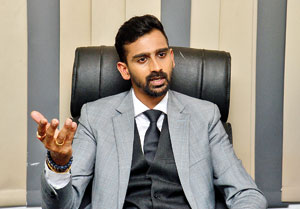 Lawmaker, Jeevan Thondaman, who represents the Nuwara Eliya District, said despite the Wage Board Regulations amendment in February 2021 stipulating tea pluckers be paid Rs 1,000 (Rs 900+ Rs 100 budgetary allowance) per shift, 15 Regional Plantation Companies (RPCs) of the 26 RPCs in Sri Lanka do not pay the amount.

The exploitation of the tea pluckers continues, as tea producers who do pay the stipulated Rs 1,000, demand a higher minimum harvest per shift, he said.

Mr Thondaman noted that almost half, or 47%, of the estate community face malnutrition, and 11% of children have dropped out of school, which can have lasting future impacts.

S.P. Vijay Kumaran, a national organiser from the Lanka Jathika Estate Workers Union, also agrees that tea pluckers have to work more hours to fulfil the minimum requirements of tea companies. “Tea pluckers take pride in their work and only pick high-quality leaves,’’ he said.

Making generalisations about all tea plantations is detrimental, as different climates and soils means the yield varies, he said.

He said that the budget has not allocated any money to the estate community or plantation workers and there are shortages of housing, infrastructure, basic healthcare, and food. The estate community has been historically neglected by consecutive governments, he said.

Lawmaker Velusami Radhakrishnan, leader of the Up Country People’s Front and Up Country Worker’s Front, said that multiple factors exacerbated malnutrition in the Nuwara Eliya District, including the drop in tourism, a lack of fertiliser for vegetable farmers, and lower tea yields due to the chemical fertiliser ban.

He also said a five-person family would require Rs 20,000-Rs 25,000 per month, most of which is spent on food. The Rs 1,000 per shift does not cover these expenses, meaning most families have one or two meals a day.

Mr Radhakrishnan agreed with Vijay Kumaran that the estate community has been historically neglected by consecutive governments, and noted that while the budget allocates money to plantations development, it doesn’t allocate money for workers and their welfare.

The representatives that
The Sunday Times spoke to, all unanimously agree that tea pluckers need relief.

Mr Radhakrishnan called for at least Rs 3,000 per shift and food aid from the Government for the most vulnerable. Mr Vijay Kumaran noted that the call for Rs 1,000 minimum wage was relevant 10 years ago.

Mr Thondaman differed on proposed solutions, however, and noted that the current model of daily wages for tea pluckers was implemented nearly 200 years ago when the British brought labour from India. He said the exploitation of tea pluckers that began in colonial times has for the most part not changed. He called for structural reforms in the tea industry.

He proposed a revenue-sharing model for better pay based on revenue of plantations. While recognising that the proposal would face resistance from tea producers and companies, he says even proposals for wage increases face considerable resistance.

Meanwhile, he said that the Ceylon Workers Congress, which he represents, has started discussions with the Government to introduce an interim period of higher wages for the estate workers to help bear the burden of high food costs, while also attempting to use non-governmental avenues through amending the Wage Board Regulations to increase wages.

Life goes on despite rise in covid cases

No retirement parties at state expense for public-sector officials

Increase in covid cases, but no plans to impose restrictions

So far only 2 cases of monkeypox detected

Spotlight on the need for compassionate surgeons

16 Days of Activism against GBV: Urgent need to mitigate issue in online spaces