The energy crisis is the anticipated climax of the usage of the cycle of oil, gas, and coal whilst releasing undesirable amounts of greenhouse gases. Over the years, scientists, environmentalists, and many non-profitable and governmental organisations raised their voices to stand against climate change. The energy demand is increasing day by day due to overconsumption, [...] 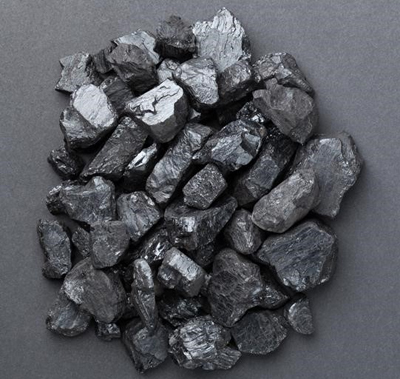 The energy crisis is the anticipated climax of the usage of the cycle of oil, gas, and coal whilst releasing undesirable amounts of greenhouse gases. Over the years, scientists, environmentalists, and many non-profitable and governmental organisations raised their voices to stand against climate change. The energy demand is increasing day by day due to overconsumption, overpopulation, crumbling and deterioration of the infrastructure in power plants, and energy wastage resulting from unnecessary or irresponsible usage of energy resources.

The energy crisis made a significant impact on the economies of various countries all around the world including Sri Lanka.

Within Asia itself, China has shut down several factories due to the short supply of coal, and the output of China’s factories has shrunk significantly last September. Power plants in India are also running on critically low coal stocks. In Europe, the prices of natural gas have already leaped multifold by over 400 per cent since the beginning of last year while the price of electricity has risen by over 250 per cent.

While the world is facing an energy crunch, a developing country like Sri Lanka (SL) could face numerous difficulties in fulfilling the energy demand. The SL Government has therefore resorted to rationing power to manage the crisis causing immense problems to the day-to-day activities of the locals. However, there are several alternatives to solve this issue instead of imposing regular power cuts.

Reducing energy consumption is always a viable solution to negotiate with the energy crisis. For example, there are about seven million electricity users in SL. If all these users decide to switch off one single bulb during peak hours, there will be a significant saving at the national level. However, such collective efforts are not easy to implement as it requires a huge commitment from the users. Therefore, systematic improvements to the energy infrastructure such as smart grid and smart city solutions equipped with modern and energy-efficient devices could be a viable solution for this ever rising energy demand.

Renewable energy sources such as solar,     wind, hydropower, geothermal, and biomass are being tested and successfully implemented in many countries over the years. Although the energy transition from fossil fuel to renewable energy has begun, intermittency is the key issue with these renewable energy sources as they might not be available during peak hours of energy demand. This is where energy storage systems, mainly batteries, come into play. Battery-based energy storage systems can be utilised to store renewable energy when available and release that conserved energy when the demand is high. Currently, most of the renewable energy farms such as solar and wind are established as off-grid systems mainly due to the unpredictability of these sources and it is quite difficult for a central body to balance the grid with fluctuating energy sources. Thus, battery storage is also important for grid balancing and smooth distribution.

In the 1800s, the first true battery was invented by an Italian physicist Alessandro Volta. Over the years, various types of batteries came into the market including alkaline, lead-acid, lithium-ion, nickel-metal hydride and nickel-cadmium. Among them, Lithium-ion Battery (LIB) is very popular in the market due to its proven performance and suitability for mobile applications. The combined efforts of Stanley Whittingham, John B. Goodenough, and Akira Yoshino have paved the path for the first-ever commercial LIB in 1991. Over the last 30 years, LIB has come a long way with various improvements to make it more compact, and safe while simultaneously enhancing the energy density and cycle life. It can be said that LIBs are playing a vital role in providing energy storage solutions for renewable energy sources to minimise (and hopefully eradicate) burning fossil fuels.

Among the sizable amount of related research happening around the world, SL too is making its mark on developing low-cost and high-performance electrode materials for LIBs. The National Centre for Advanced Battery Research (NCABR) of the National Institute of Fundamental Studies (NIFS) is currently working on improving the Sri Lankan natural vein graphite as a battery-grade material. Sri Lankan vein graphite is identified as a purest form of graphite on the earth as the carbon content of Sri Lanka’s graphite is more than 90 per cent Cg (total carbon in graphite form). This graphite is mainly sourced from three mines in Sri Lanka; Bogala, Kahatagaha, and Ragedara. To improve this graphite as a battery-grade material, carbon content should be improved up to 99.9 per cent Cg.

Most people aren’t aware that in the beginning of the 20th Century, Sri Lanka was the world’s largest producer of graphite. Ceylon Graphite Corp said: “In 2015, demand for graphite was 85,000 tonnes. In 2018 it was 160,000 tonnes. By 2028 analysts predict it to rise to 1,800,000 tonnes. This isn’t just due to the Electric Vehicle market, but also due to the increase in demand of lubricants, energy storage, and electronics.”

Recently NCABR obtained a patent for a highly practical and cost-effective purification method to convert vein graphite into battery-grade graphite. However, in order to commercialise this product, it is essential to conduct safety studies through rigorous heat experiments, thermal analyses, and thermal modeling. The Department of Mechanical Engineering of the University of Moratuwa (DoME UoM) stepped in to provide solutions for this aspect, thus removing the last standing barrier to commercialise the first-ever LIB made using Sri Lankan battery-grade graphite.

Since Sri Lanka is currently facing a severe foreign exchange crisis, the country is struggling with a shortage of almost all essentials due to the lack of foreign currency to pay for the imports. Additionally, the state bodies related to petroleum products have stopped oil supplies citing to colossal dues owed by the Ceylon Electricity Board since the COVID 19 outbreak.

However, in the foreign market, the price of Sri Lankan vein graphite averaged around US$2,300 per metric ton in 2020. It is quite surprising to find out that, Sri Lanka could earn over $10 billion revenue by exporting value-added graphite products such as Graphene, Conductive Graphite, Graphite Nanotubes, and super Lubricants. Not only the foreign revenues but developing LIBs locally also could create many side benefits including job creation and land value appreciation. Given the high rates of unemployment in graphite mining areas such as Bogala, Kahatagaha, and Ragedara, these side benefits bring major attraction to village economy.

In a world threatened by the shortage of fossil fuels, more and more countries are moving towards sustainable energy solutions. As joint collaborators, DoME UoM and NCABR are committed to breaking every barrier in developing a commercial-type LIB with “Made in Sri Lanka” label proudly on it. Thus our very own battery might have the potential of not only finding a lasting solution for large-scale energy storage applications but also paying off the debt of Sri Lanka.

(The authors of this article are attached to the Department of Mechanical Engineering, University of Moratuwa)