Cable manufacturer, Kelani Cables PLC coming out with a remarkable performance in the last quarter amidst the crippling economic crisis, has set its sights on expanding to a new country each year in a bid to increase its export sales. Mahinda Saranapala, Managing Director/ CEO Kelani Cables PLC told the Business Times recently that the [...] 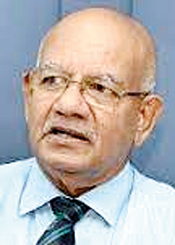 Cable manufacturer, Kelani Cables PLC coming out with a remarkable performance in the last quarter amidst the crippling economic crisis, has set its sights on expanding to a new country each year in a bid to increase its export sales.

Mahinda Saranapala, Managing Director/ CEO Kelani Cables PLC told the Business Times recently that the company, exporting to nine countries currently is looking to increase exports by expanding its portfolio of countries to combat the dollar crisis. “We want to increase our export share of sales from about the current 15 per cent to 17.5 per cent.” Noting that it is a challenging task, he added that it is not unattainable if Kelani Cables targets a country to expand to each year. “Nearly 15 years ago we were only in two countries, and we have expanded it to nine by now. This target is attainable.”

However, Mr. Saranapala was sceptical that this trend in growth will continue due to the political unrest, the hike in the exchange rate, high raw material costs, the dollar crisis, shipping delays, shipping costs, and the overall economic unrest. He said the company will not be able to target a high top line growth as was posted recently, but they aim to break even. “At the same time, we will be ensuring to feed the market with our products and not expect a huge bottom line, but we will be meeting costs.”

He said: “We turned this crisis into an opportunity. We were one of the first companies to return to work when the market opened after the pandemic. We aggressively enhanced our safety standards.”

Noting that the COVID-19 challenges brought about exceptional performance in the company and its people, he said they resorted to increasing distribution during that time.

Mr. Saranapala said that due to the increasing dollar which resulted in an increase in raw material prices, Kelani Cables had to raise its prices of products thrice. He also said the company had complaints from certain customers pertaining to price gorging. Kelani Cables took a hit in certain areas due to electricity increases but did not increase the prices, he said. He noted that the company’s strategy to start a solar power plant will offset the extra energy costs incurred by the company.

The company’s exposure to the Ceylon Electricity Board (CEB) has come down slightly as the projects, due to the capital expenditure, have stalled.